not for the faint-hearted

So, last week entailed a project-team meeting in Louisiana.  The shore is lined with chemical plants, refineries, giant warehouses, and power-generating complexes.  It’s really very ugly with all those atrocities to the eyes, but also they are marvels of modern technology.  The greatest marvel is that we don’t blow ourselves up with all that shit running 24X7.  Intermixed with all that technologiae are swamps and fields of sugar cane and rice.  Yes indeed, let’s mix our food with toxic chemicals and oil.  Is it any wonder our chromosomes and genes are getting all mutated and confused about what’s supposed to be turned on and off?

The travel was surprisingly on-time, coming and going!  It was amazing because that hasn’t happened in a very long time…to actually have a flight leave or arrive within 60 minutes of what was scheduled.  Coming back was no tiptoe through the tulips though.  In fact, it was one of scariest flights I’ve ever been on.
It was a newer plane, so my expectations were high.  The plane was very small; 12 rows of 4 seats, the 13th row had 1 seat.  That’s 49 passengers, and it was full.  To make matters worse, I’m a bit of a claustrophobe and I had a window seat in the 12th row.  The aisle was so tight on this plane model that most people had to turn sideways to walk down it.  Anyway, all was well until we were about 20 minutes into the air.  I started to smell plastic burning.  The pilot announced something but nobody could hear because those little planes are super noisy.  The guy sitting next to me reeked of bourbon; he asked me if I smelled something burning.  He stated that an engine was on fire and we would be turning around soon.  I speculated something was on fire in the cargo area.  He pulled two little bottles of Makers Mark out of his jacket and offered me one.  I declined and he sucked both of them down right out of the tiny bottles, one right after the other, and tucked the empties into the seat pocket where the safety brochure stays.  Within minutes, the cabin got very smoky.  At least it was white smoke; black smoke would have sent me into a bigger panic.  The steward stood up and picked up the phone.  People turned on their air vents which helped.  The plane took a hard right and we descended a bit, then the smoke cleared out.  Whatever it was that caused it, I don’t know.  Somebody said they thought a laptop fried.  It sure didn’t help having drunk guy saying he hoped we could land in time, and he hoped we didn’t crash (over and over).  His daughter was getting married next day and he had a rehearsal dinner to attend.  He started his celebration early, obviously.  I wondered if he was going to drive himself home…drunk driver.  I learned yesterday that in the U.S., somebody dies in a traffic accident caused by a drunk driver every 53 seconds.  I wonder how many die from somebody on a cell phone?

This morning, I had a dentist appointment.  I am one of those people who HATES going to the dentist.  Hate it, hate it, HATE IT (in all caps)!  I don’t even like getting a haircut, so put yourself in my shoes in the dentist chair.  It gives me squeemies just thinking about it.  So the festivity scheduled for today was to replace an old filling…one of the back molars that was probably filled when I was 12 years old or so.  At my last cleaning, the dentist observed a bit of gray discoloration around the filling and a hairline crack.  He actually found two fillings that need replaced, but I didn’t want them done on the same day (which means I get to go back for a repeat performance next week).

Anyway, my dentist is awesomely talented in comparison to other dentists I’ve been to.  He was done with the needle/numbing business in no time – that’s always the worst part for me.  That big-ass needle scares the hell out of me, but it didn’t hurt at all.  NOT AT ALL!!  Non-event!  For 15 minutes, he sat and chatted about his adventures in Germany while he was in the Army so the novocaine could took affect.  Then he and his assistant started to work with drills, and the water blaster and the sucky thingie, and all sorts of metal tools…it was a flurry of hands in front of my face.  All of a sudden, something flew out of my mouth and the dentist exclaimed “Whoa!!”.  Not something I (or anyone) wants to the hear when it’s your mouth being worked on.  He said, “Looks like a giant hole in your tooth; you’ve just lost half of it.”  Shit!  Definitely not what I wanted to hear.  He said, “Don’t worry, we’ll fix it.”  He put two screws into my tooth to hold the filling.  Start to finish, I was out of the chair in under 35 minutes.  Whew!  Pain free dentistry, for real!
I have to go back next week for the other tooth.  It has a leaky old filling, but no crack.  Hopefully it will be no worse than today. 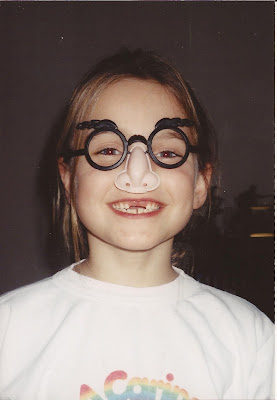 Erin is coming home for the weekend.  We have pumpkins to carve for Halloween.  It should be fun.  I hope our weather is good.  I’d love to get my kayak out before all the leaves drop.  The maples have shed most of their leaves, but the oaks and hickories are still hanging on to their leaves.  The red and orange from the maples is mostly gone, so now the hills look bronze, rust, and gold.  Still lovely!

This is why I prefer to take the train.

Unfortunately, train transportation is not convenient around here. Amtrak comes through about once a week. My plans are never that flexible.