My life is changing significantly in 2016.  FINALLY!   I will be retiring from the job that has been my primary income for almost 33 years.  Money will be tighter, but time…I can only imagine what it will be like to have time – unplanned, unscheduled, “free” time.  Does free time really exist for anyone?  Nothing in this world is free; can time really be free?  I don’t think so.  Just like money, surely time has an opportunity cost. 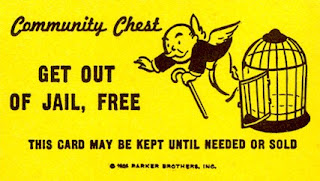 My boss said that I can’t work part time, but I can retire and come back as a contractor after at least three months off.  After three months off, I can’t imagine wanting to come back to work.  It’s hard enough coming back after a 3-day weekend.

When is my last day?  I don’t know.  I’ve scheduled vacation for the first week of the year to give me “time” to prepare online classrooms and prepare activities for the start of semester.  I’m on schedule to teach three face-to-face classes (five online) – it’s so much effort to prepare in-class entertainment (something to show students; something for them to do in class).  Technology has to be hands on to be meaningful.  The text books are wretched.  Nobody wants to read a technology text book (not even me).  Then I will begin burning vacation – a few days per week until I run out.  Then it’s adios amigos.  I will begin cleaning out my office in February.

I’m taking my plants home when I retire.  I considered leaving them, but I’m kind of possessive and selfish about them…especially my corn plant (the tall one in the photo).  When we moved into the office building where we are now, there were several corn plants that had once thrived in the lobby of the old building that were left behind.  When they began looking ratty, a janitor moved them to a closet to finish dying.  I went over and selected one of the few that wasn’t completely dead, and moved it to my office.  I’ve tended it for 15 years now, and it has grown from less than four feet to at least seven feet tall.  Moving it will be a chore.  It really needs to be repotted, but I will wait until I get it home.  It’s going to be a messy job.  I love all my plants.  They would be sad without me, and nobody will take care of them the way they should be cared for.

Erin and Emily had their 20th birthdays last week.  It’s hard to wrap my brain around the fact that 20 years has passed by since that day in the hospital when they exited me and entered the world.  It does not seem so long ago that I was changing their diapers.  On the day after their birthday, both had four wisdom teeth cut out.  Poor dears!  What a miserable thing to go through.  It has been four days now, and the swelling is finally going down a bit and they are easing up on the pain drugs.  I know they are relieved to have the surgery over (so am I).

Christmas is in a few days.  We finally have a Christmas tree up, but there is more decorating to do.  Amazon is supposed to deliver gifts by Christmas Eve (hopefully), and I will perhaps make a quick shopping trip on Christmas Eve if Amazon or UPS lets me down.  Then there will be wrapping gifts and making food to take to Someone’s parents’ house for the big family Christmas dinner get-together.  All of that to do while keeping up with five classes in Week 2 of an 8-week term, but at least I get two days off for Christmas from my main job.  I love Christmas season – all the lights and parties and music – but I never have time to enjoy it.  We were invited to three parties and I missed every one of them.  Maybe next year will be different.
Posted by KYLady at 8:11 PM

Retirement Spoiler Alert! Stop reading now if you want to be surprised.


There is no 'free time' in retirement. You work just as hard, if not harder in retirement than when you were employed. Sure you will lounge around for a few months, but that gets old quick. Then you will come the realization that you can do ANYTHING you want to do, that you could not do while employed due to other people time constraints and resource issues. Then you will start putting together a plan and working toward it. (Learning French and visiting Paris, getting a private pilots license, climbing Kilimanjaro, etc....). And you will work harder at these goals than you did before, because they are YOUR goals and not your employers. So, no free time (unless you are a slacker, but few slackers last 33 years at their job).

OK Mr. Gloom&Doom – I hear you, but I refuse to listen! My retirement is going to be different from everyone else who tells me they retire and wonder how they ever had time to hold down a job. My plan at this point is just to give up the one giant job that sucks the life out of me and keep working the other two jobs that I enjoy (and perhaps to pick up two more jobs that I enjoy…so there will be at least some tiny bit of disposable income again). I have no lofty retirement plans other than I want more play time. Surely that’s not too much to ask?