through the looking glass

I found myself staring out the window this morning, and contemplating what I might be doing on a Monday morning once my time is up in that place (that place…my corporate job).  The world outside my office window is lush and green after a weekend of hard rain. The leaves are shiny in the sunlight, shiny for now because the rain washed the pollen off them.  After a few dry days, they will not reflect light as much as today.
It’s finals week at University #1.  My final exams are online and students have until 1 PM today to take their exams.  Wrapping up (but tonight will be killer to finalize grades).

Sunday, because I had a some free time, Someone and I took Gracie out to Greenbo Lake for a walk.  There were only a few people out there because of all the nasty weather.  The sky threatened rain with fat gray low-hanging clouds and thunder rumbling in the distance. We were walking along a creek bank.  Someone let Gracie drag him down over the bank to the edge of the creek so she could wade in the water – Gracie loves the water.  I was up above, higher up, and strolled ahead.  I stopped and turned around to see what man and dog were doing – they were in the same place.  I stood there facing the creek, watching them a bit, then turned my head to see what was ahead on up the creek.  In my peripheral vision, something moved.  I looked down on the ground, not more than 4 feet from where I standing, there lay a pile of writhing brown snakes of various sizes on top of a large flat rock. The species and exact number – no idea.  Poisonous or not – no idea.  Perhaps it was a mama and babies. I saw fat and thin snake coils.  I shrieked and jumped back. They all scattered and slithered down into the rocks.  Hopefully they were garter snakes or water snakes or some harmless kind, but there are plenty of copperheads out there.  Snakes creep me out.  I’m grateful I did not step on them. 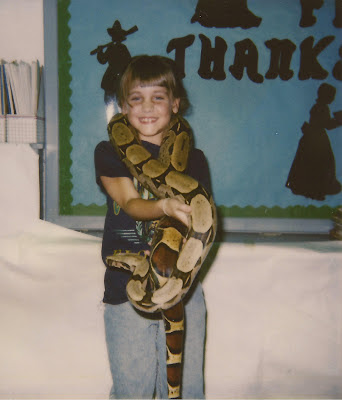 Life is outside the window, or rather, my new life is out there. It’s going to be really good!  When I was a kid, oftentimes I stood in front of a mirror and imagined my life in the reflected world.  Surely that was a better place on that side than the real world, at least in my imagination, this was true.  The world outside my office window is not imaginary.  It’s the real deal.  It’s time to make phone calls and get the ball rolling.