I was back to work today, after being off for a day and a half with an evil but short-lived virus.  Someone has been sick with a bad cold for more than 10 days.  My assumption was that I caught his germ, but either it mutated or I am Wonder Woman and fought it off quickly.  Perhaps it was the 18-hour nap that cured me, but I’m nearly good as new now.

A guy I work with stopped in today to tell me my doppelganger was on TV last night playing Jeopardy.  She won and will return with tonight’s episode.  He wants me to watch it so I can see how much this lady looks like me.  He said both he and his wife saw her and immediately remarked at the same time that she looks just like me.  Oddly enough, later in the afternoon, another guy stopped me to say he saw my twin on TV.  Well, curiosity got the best of me so I had to arrange my evening to watch Jeopardy tonight.  And guess what?  There is absolutely no resemblance at all (at least, in my opinion).We aren't the same race or hairstyle or anything...except maybe we both have big teeth.

It happens all the time.  People think they know me, or that I look exactly like somebody they know.  One time, a woman ran up to me in an airport and threw her arms around me.  She called me by my first name and said, “I thought I’d never see you again.  You haven’t changed a bit.”  She was crying tears of happiness and I had no clue who she was.  When she realized I didn’t recognize her, she let go and said “you’re not *name*, are you?”  I said no (we did share the same first name though).  She apologized all over herself, but I assured her it was quite all right and it happens to me all the time.  It does.

This sort of thing has happened more than once in airports (most people don’t hug me immediately though).  It’s also happened on city streets when I’m visiting places I’ve never been before.  At a business meeting once in a room full of strange people, a man walked up and apologized for staring at me.  He said I could be his sister-in-law’s identical twin.

Mostly, it’s an advantage to look familiar.  Oftentimes if I’m shopping and walk into a store, the clerk thinks I’m a repeat customer.  She or he goes to extra efforts to help me and show me good deals (since I’m such a good customer)….even when it’s the first time I’ve been there.  I've checked into a motel where I've never been and the clerk will say she's glad to have me back.  This has happened many times.  I’ve learned to just smile and go along with whatever they want to believe about me.

I do hope I never find myself in a police lineup.  In that situation, looking familiar will not be a good thing. 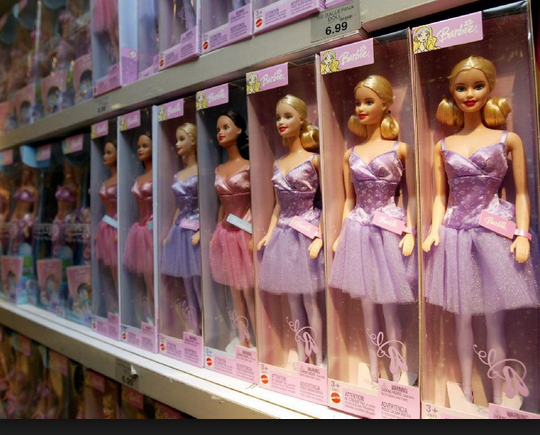