It's late but I don't want to crash yet. I have been reading for almost two solid weeks. The current class is called "Management Philosophies." I must write an Implications & Conclusions statement tomorrow. The I&C for the reading weeks is the hardest to write. There's so much stuff...I have to decide what, of all that stuff, means the most to me and how will I integrate it into or apply it to my life.

The paper due next weekend, will be a comparison/contrast of the philosophies of Henri Fayol and Edward Deming. I had to pick one foundational theorist and one modern theorist. I chose Fayol because I read an interesting article about him during the last class about how some of his ideas were mis-expressed because of not so great translation of this work to English. I chose Deming because he "invented" TQM and I want to learn more about it. The nuance of this assigment is that the comparison/contrast has to give a sense of philosophical evolution. They are in different time periods - as far back as 1840 for Fayol and as recent as the 90s for Deming.

The cherry tree is dead and I will have to hire somebody to cut it down. I may call the County Extension agent and see if she knows of anyone who would cut it for the wood. It is a black cherry tree - at least three stories high. I will miss it. It got struck by lightening and it's leaves turned brown and dropped off within two weeks of discovering the tree had been struck. It appears totally dead. We have a big maple in the back that got badly damaged in an ice storm a few years ago and it's almost totally dead. If we have to pay to have the cherry cut down, I'll have them take the maple too.
Posted by KYLady at 1:22 AM No comments:

Summer is OVER (Almost)

I have not blogged in awhile - it's been a busy summer. I visited Sarah the week before she left for Ireland...AGAIN! I miss her but she is sending me lots of emails which I greatly appreciate. We had a great time - visited her horses and saw that dreadful house she plans to move into. We had lunch in Old Washington and the weather was perfectly lovely. It's amazing how much Lily and Roanan have changed and grown. Roanan is no longer reddish, but instead is a lovely white with interesting markings on his face. He was very friendly and kept nibbling on me...eventually biting me (I forgave him..I think he thought my finger was a carrot). 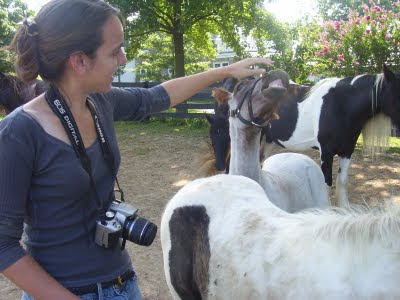 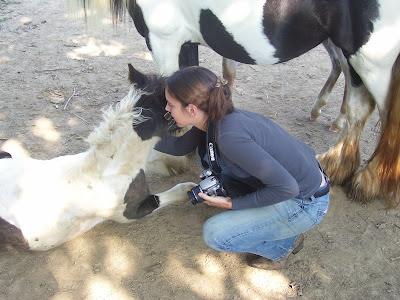 Jerry and I took the girls to Yatesville Lake for a picnic and a hike. Yatesville is pretty nice, but I love Cave Run more. Grayson is pretty nice too, the cliffs there are pretty...especially when the mountain laurel is blooming. These are some photos I took over there. 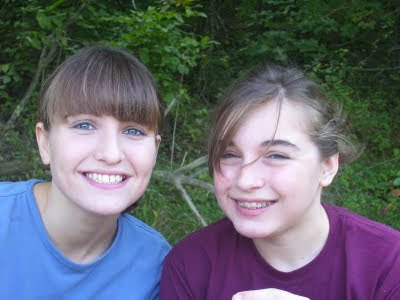 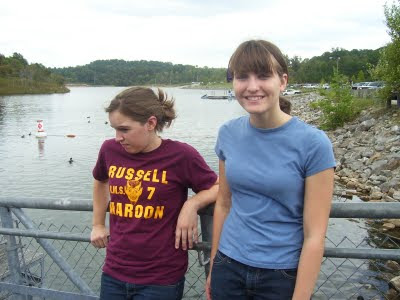 I should get back to reading now. My current class is Management Philosophy and I have plenty to read. Currently reading Gods of Management by Charles Handy. It's kind of interesting and not bad to read...at least I'm not having to use a dictionary every paragraph. For that, I am greatful!

Posted by KYLady at 9:23 PM No comments: