Today was the Greenbo Challenge 5K, and it was cool and cloudy this morning, a decent day for running. It is lovely out there - we saw deer and the trees are probably as pretty as they're going to get around here this year. All the dry weather has taken a toll, it seems like the leaves are dropping as soon as they turn color. So I will brag a bit, I finished 2nd place in my age division, women 45 to 49, and I was immensely pleased with my time. I finished in 28:23, and it was a rather hilly course. The first mile was mostly downhill, part of it somewhat steep. The second mile was some downhill and mostly flat. The third mile was mostly uphill, killer. The last about .3 miles was level, but I didn't have anything left for sprinting to the finish line after the hill. I was hoping to finish in under 30 so when I heard my time, I was ecstatic.

So, the first part of the race, a younger guy was pacing himself with me, he passed me on the downhill and we ran side by side pretty much through the second mile. I lost him, for some reason I thought he got out ahead of me, but really, he dropped back. Then I was running side by side a woman who I thought was my age. She got in front of me on the hill, then get this, she slowed down and kept crowding me. I was trying to pass her and she kept moving so I couldn't. Can you believe that? It was just us two on the road, nobody close ahead or behind. I still find it hard to believe she was intentionally trying to keep me from passing her. Anyway, I slowed down to drop back where she couldn't see me, then charged around her (above her because it was on a curve and I took the higher part of the road). I got in front of her. She sped up and then we were shoulder to shoulder, she was crowding me - we had both lanes of the road to run on and she was so close I had to watch the ground to make sure I didn't step off the road into the gravel, that's how much she was crowding me. Finally, she pushed about 15 feet ahead of me on the last of the uphill and I never caught up with her again. I think she finished about 1/2 minute in front of me. Doesn't matter, apparently she was younger than me and she didn't place because they didn't call her up for a trophy. The woman who won my age division finished in like 22 minutes and some seconds. I will run like that in my dreams some day.

The next race for me will be on Thanksgiving, a 10K. I have been running 6.8 to 7.3 miles several times a week for a month or so, I think I can do it. I think it's a fairly flat course too, along the river. It should be a great run if the weather isn't brutal.
Posted by KYLady at 11:54 AM 1 comment:

runnin' in the rain

I had a good run in the rain this morning. We haven't had rain forever so I'm not complaining. I liked it until it started running in my eyes and when my feet got totally wet, I started to not like it. Wet socks just don't feel good, any way you cut it.

Some things are meant to be. There is a 5K at Greenbo I was wanting to run this Saturday. Timing was an issue because of Emily's dance classes (mandatory since she is competing), but her rehearsal starts an hour early this Saturday, so Greenbo is definitely a "do" for me Saturday - rain or shine, 20 below or whatever...I'm doing it. Emily has rehearsal/classes from 8:00 AM until at least 2:00 - busy girl! She loves it though, she's a dancer in her heart. Some people are just like that.

It's a chilly rainy night and all our pets are in the house right now, which is kind of unusual. Especially Jack, he's shunned us for the last few months, but lately, has meowed to come in. I adore him, probably because he's so aloof. He lives in the barn across the ravine from our backyard. If he doesn't come home for a few days, I walk back into the woods and call him - he almost always comes if I call him. He never stays long, but he's precious to me. Chewy is asleep on my feet as I type. She is getting old and hard of hearing and doesn't see as well as she used to, I think. She will soon be 9 years old. She is incredibly smart, but I doubt she'll live another 2 years.

Soon it will be Halloween. We have pumpkins in the back of my van to carve. Erin picked a tall skinny pumpkin and Emily picked a fat round one. I suppose we'll be making jack-o-laneterns this weekend. We are going to a Halloween party tomorrow night - a skating party given by the karate studio. I'm sure it'll be fun. Jerry and I decided not to wear costumes - there's nothing I want to be and Jerry passed on being anything I could think of. Emily is Elizabeth Swann and Erin is a goth zombie. Goth is a flattering color, no?
Posted by KYLady at 9:37 PM No comments: 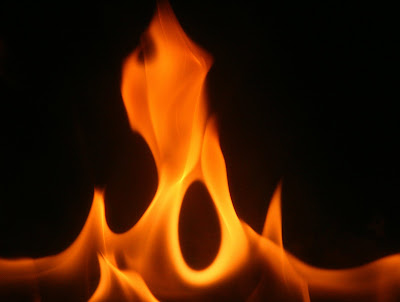 Posted by KYLady at 4:06 PM No comments:

Well, not much of anything going on these days. I got the rest of my tips tonight so I will be testing next Saturday for a yellow belt. I still haven't committed to running a race this Thursday. I want to do it, but I can't find a driver for Erin. If I could drop her off early, maybe I could do it, but I'd running the Greenup race rather then the Ohio race. I think the Greenup race is going to be a bit hilly, which is fine, it's only 5K. I think the Ohio race would be more fun, but I'm not really familiar with the area and it'll take longer to get over there and get back. I'll probably just do neither.

I took Sarah shopping and out to dinner this weekend and we had fun. She is such a hoot. I treated her to new bras at Victoria's Secret and she said the reason they call them Angel Bras is because it's just like having the hands of God right there on you. I'm not sure I want God's hands right there on me violating my space, but if Sarah's happy then I'm happy for her. And that reminds me I need to apply for my passport and get myself a will (no, Sarah, I'm not planning to die anytime soon). I will be traveling to Ireland or Spain or where-ever the heck she ends up next year. I want my will done because I'm doing some business trips soon and I do think about dying on those. It's double endemnity if I die on a common carrier, and I hate to let that much money go unplanned.

I hope Sarah lets me know how the recording session went. I bet it sounds great, and I still think you should have done something Christmas because I think you could make some money - yes, you whore, make some money singing Christmas carols!!! And by the way, you promised to help me with the tabs on Strong Enough. I'm getting better ar reading tabs but the ones I've found for Strong Enough are too hard for me. I know you used to make it sound really good, so please help out the old lady.