Things are fixing to change dramatically for KYLady come January.  She was offered a full-time position, and she accepted.  Heck, why not?  Classified as full time she will earn a mucho larger paycheck (like really, no comparison), and she will not be working very many more hours at all...at least that is her expectation...we will see.  In the background, KYLady has been mulling over whether or not this is really a good idea given that her dream-job scenario was to work full time fully online so that she would not be tied to a specific workplace and worktime.   She has decided to move that goal to the back-burner for now.
With all the mental background angst floating around about this favorable opportunity and decision to grab it up, I conjured a nightmare in my sleep last night.  I dreamed I was back working at Big Oil in our little cubicles (before the last remodel while I was there).  The big room where the cubes were set up was much dimmer and dirtier than it had been in reality.  The cubicle walls had spray-painted graffiti on them.  Boxes were stacked up everywhere inside and outside the cubicles, there was trash and pop cans laying all around on the floor, and I had to step over a sea of keyboards to get to my cubicle.  I walked into the room and heard my phone ringing (don’t ask me how I knew it was my phone, I just knew).  As I was rushing to get to my cube, Steve (a former co-worker) barked at me to be careful not to step on his keyboards.  Fortunately, I woke up before I could see inside my cubicle...I didn’t want to see it.

I don’t know what PTSD is like for somebody who has it, but it’s very unpleasant for me to think about going back to that time and place.  It was very stressful work environment in the cubes.  Before our company was taken over by the “Other Company”, we had offices in that space with floor-to-ceiling walls, and doors that could be shut.  The “Other Company” supervisors came down for a visit and declared that our work environments (offices) were not appropriate.  Our space was being leased, so they instructed the building managers to move us to another floor and remodel our area to be more like the spaces at the “Other Company’” headquarters – Cubicle City.  “Other Company” even moved used  cubicle walls and office furniture to our place so that we could be EXACTLY like them...only worse because we got their old stuff left over from their last remodel.  The cubicle walls and chairs reeked of cigarette smoke.

As if that weren’t bad enough, they set up the cubicles in the center of the giant room, far away from the windows which were marvelous floor-to-ceiling windows that overlooked a lake and woods.  They were also placed with very-narrow aisles between the cubicles...tight and cozy.  If you talked while standing up, your voice echoed in this big area.  The noise level from phones ringing, conference calls, and people talking was insufferable...it puts a knot in my stomach to just write about it! 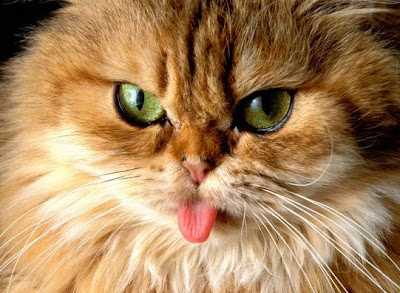 After corporate managers visited and blessed our new workspace, we moved the cubicles over toward the window so that some of us could have a view, and we put more space between the aisles.  It was still very noisy, but a bit more tolerable.  About two years before I retired, an engineering group wanted to move in with us.  They completely remodeled the entire floor, giving us offices again.  Thank the Lord!

I am looking forward to a better paycheck.  It’s not that I’m hurting for money since retiring, but more that it’s been a self-imposed austerity program for me since summer of 2016 (until I start collecting Social Security and my pensions).  As soon as I was offered the job, I began thinking of things to buy – a new phone, a new laptop, and a new used-car. (The dealers always refer to those as pre-owned).  I see no reason to buy a brand-new car ever again...it’s kind of a waste of money considering how quickly they depreciate, not the mention the insurance and property tax on them.

University #1 is winding down for the semester...just a few weeks to go.  University #2 is currently suffering from low enrollment.  The work I’m doing for them just now is negligible.  At some point, I may have to decide to cut the cord with them (so to speak).  For now, I’ll linger and see what happens.

Posted by KYLady at 7:34 PM No comments: