I’ve written several blog posts that were just not publishable.  Certainly, it’s not that my standards are too high – God knows.  The litmus test is that if I can’t even force myself to proof read it, kill it.  Since retirement, it seems that my life has become something like the Groundhog Day movie, or maybe like walking on a treadmill – repetitive, and nothing too exciting.  Don’t get me wrong, I’d ten-times rather have a boring life than a high-stress life.  It’s just that there hasn’t been much adventure lately, but it’s not that life is boring.  I can’t remember the last time I was bored.

Procrastination has been a life-long problem with me.  It’s very weird, because really, I’m excellent with time management.  When shit has to be done, I get it done.  It’s shit that doesn’t have to be done that I tend to put off.  Really, it’s even more than that.  It’s shit that would benefit me personally if I did it that I tend to put off.  Maybe it’s a form of self-destruction. It seems incurable.

Fall meant business earlier this week.  The nights have been just enough above freezing that I’d considered moving my houseplants inside.  Since there are so many plants now, and a few have gotten really large, I need to buy something to set some of them on, such as a baker’s rack.  Fortunately, moving my plants inside was put off and now we are having another Indian Summer up through the end of next week if the forecast stands correct.  Perhaps tomorrow I’ll go buy a shelf or rack or something.  Perhaps.

It’s a long story, but the tiny little teacup Yorkie that I’d seen wandering in the neighborhood belonged to a neighbor up the street.  It infuriates me to think that these people would let a dog like that run loose.  Not only the danger from cars, but any dog, cat, hawk, or coyote could have killed it.  As it turned out, it was severely injured by something (Gracie?) and I happened to find him dying in my driveway outside of Gracie’s domain.  As do nearly all the houses in our area, we have an electric underground fence that keeps our dog in the yard.  Little Roscoe (I learned his name after his death) had a wooden fence around his yard that did not keep him contained, so the owner told me.  OK, but after he got out the 10th time, maybe they should have just taken him out on a leash – do you think???  I rushed poor little Roscoe to the nearest vet.  They told me they preferred to have owner permission before they euthanized him; I would have to pay $50 for that, or I could pay $650 up front for x-rays to start an attempt to save his life. I snapped a quick photo and asked them to give me 30 minutes to find the owner.  I knocked on doors and found the owner on the second try, who told me later they had him euthanized.  His neck was broken.  Poor little Roscoe.  I should have collected him from the road and taken him to pound when I saw him running loose.  Somebody would have taken him home.

Roscoe’s death was sad and upsetting, but not nearly as upsetting as the season premiere of The Walking Dead last Sunday night.  That was very disturbing…and come Sunday night you’d better believe that unless something terrible interferes, I’ll be glued to the TV to see what happens next.  No doubt, there will be more tragedy.

Erin came home last weekend.  I took her and Emily to the greenhouse to get pumpkins and to buy some pansies.  It’s a fun place! 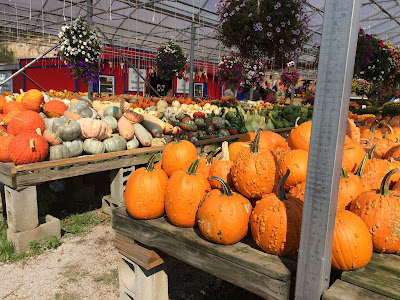 My flowers in pots on the back deck are having their last hoorah.  They all nearly died while Erin and I visited Chicago…nobody bothered to water them and it was beastly hot and dry while we were away.  Some of them died and some recovered.  Those that survived are lovely now.

I should be grading assignments or applying for jobs…but I’m tired of working.  Oh hell, I’m just tired and not in the mood to work anymore today.
I didn’t want to roll out of bed this morning, but there was much to do today - too much to do.  In fact, I only accomplished about 20% of what was on my mental to-do list.  Monday is Columbus Day, so because Someone is an employee paid by taxpayers, he gets a holiday.  And because today is Friday, Someone always gets away early in the afternoon (he denies it, but we ALL know he leaves work early every Friday).  Someone begged me to play golf today, so it was on my mind to get up early, get shit done, and then go play golf with him.
Even though I’m retired from Big Oil, I still have to get up early four mornings a week.  I still curse the damn alarm clock when it wakes me up, but I’ve come to realize that no matter how dead I am in the morning, a hot shower is all it takes to revive me.  A hot shower is my greatest motivator in life.  My best ideas happen in the shower. 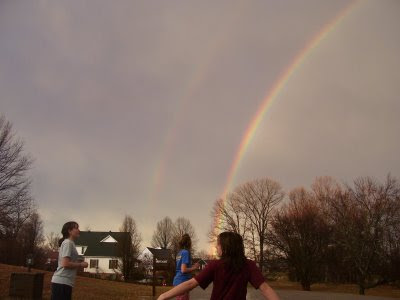 Anyway, let’s fast forward to the afternoon and a round of golf played at Sandy Creek.  Today was a beautiful October day – sunny with a few puffy clouds, and not too hot – really divine.  It would have been a spectacular kayaking day, but I had too much to do (or so I convinced myself).  Anyway, the course was more crowded than usual.  I prefer it to be deserted so we don’t have to wait, or have people hit into us, or have to play through other groups.
Anyway, I was playing well today, which makes it fun.  It’s not that I was getting lots of birdies, but more that I played more consistently that usual, which makes me more confident when I pull any club out of the bag.  So, we had been pushing a foursome of old men on a few holes.  They had just hit their tee-shots on #7, a short Par 4, when we arrived at the teebox.  They offered to let us play through.  FINALLY.

Someone always gets nervous whenever he hits in front of people.  To be honest, I HATE to play through other groups unless the wait time is just unbearable.  My tolerance for slow play is minimal. Someone was teeing up his ball when I heard one of the guys mutter, “I can’t believe you’re letting this woman play in front of us.  We’re going to be here all night.”  Asshole, but as a woman on a golf course, I know that men think that way.  Sometimes, it’s justified, but there are way more slow men golfers than slow women golfers, in my experience.  Anyway, Someone hit a decent drive.  My turn.  I stepped up to the red tees (ladies’ tee), although I’ve been thinking recently that it’s time for me to start playing the whites again.  Today, the reds were only about 10 yards in front of the whites on that hole, so there wasn't much difference.  I teed up and hit a really nice drive – little right-to-left draw and the ball rolled at least 60 yards past the longest man-drive.  Yeah – that was great fun! The ball stopped about 20 yards in front of the green.  Nice! 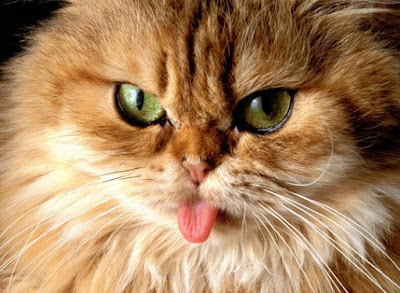 Golf is a head game, for sure.  If you have any doubts at all when you step up to hit a ball, chances are good that the ball will go just where you hoped it wouldn’t.  It’s important to visualize the shot, and imagine the ball going where you want it to go.  If you start thinking about hitting the tree, or going into the creek, or going over the green…well, it’s probably exactly what will happen.  When I know I need to hit over-top a tree, or know it's impossible to get over the tree but going under is also impossible, I remind myself that trees are 90% air (like a mantra...90% air - 90% air - 90% air)...it's probably more like wishful thinking in reality.

Sadly, Someone talks too much when he plays golf.  For me, golf is a head game so I like to keep it in my head.  Someone comments on every shot – his and mine.  I do my best not to listen, but it’s hard sometimes.  When he gets too annoying, I turn it around on him.  I’ll say things like:
Or my most favorite weapon ...."Let's see you make this birdie putt."


When he starts making bad shots, he shuts up.  I kind of like when we play golf with Someone’s dad.  They get a cart together and Someone talks his dad’s ears off instead of mine. 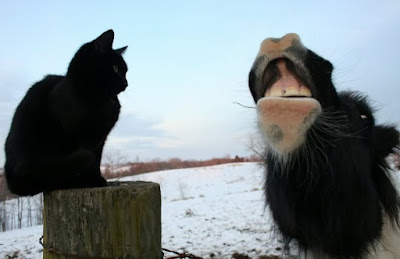 Tomorrow is Saturday and I have much to do.  Grading assignments mostly, but also I have some pansies to plant.  Also too, Someone and I have tickets to go hear Lewis Black tomorrow evening.  That should be fun.

This week, I applied for a full time job at a university.  I’m not sure I even want to work full time again.  The job has been open for a long time, so maybe they really have no intention to fill the position.  Even so, my hat is thrown into the ring now.  If they call me for an interview, I will find out more about the job before making a decision.  Nothing ventured, nothing gained.
Posted by KYLady at 10:44 PM No comments: