KYLady is taking a bit of a break tonight to catch up her life on this blog.  This is a break from what she should be doing – writing announcements for her classes, planning next week’s assignments and in-class festivities (i.e. lecture\discussion for Monday, and “something” for Wednesday), and grading papers.  With more classes at one time than she’s ever had (13), and more students than she’s ever had at one time (number unknown, but I think maybe around 160), it’s a lot to juggle.  Only three of these classes are face-to-face; the rest are online.

One of my classes is a group of high school kids – upperclassmen (ok, and upperclasswomen…to be politically correct).  I go to their school three mornings every week and they are getting credit for a college class, which in theory, will save them (or more likely, their parents) money.  A student who enrolls in all the courses for fall and spring could potentially graduate from high school with half an associate’s degree at no cost to them.  All the credit hours are transferable to any public college in Kentucky. It’s a pretty sweet deal.

However…most of these kids are not mature enough to do college-level work.  It’s not that they aren’t smart enough, it’s that they don’t know how to manage their time, or how to organize their commitments – high school kids have a lot of stuff going on.  They also have this thing where they sit with their friends in class, and socialize.  A month into the semester, it became apparent to us faculty that about 75% of the students enrolled in a college course were failing because they were not turning in assignments, not coming to class prepared, not studying for tests, and/or not coming to class at all.

Anyway, we’ve all had multiple “Come to Jesus” meetings with them…with limited success.  Finally, early last week, the high school announced a change in policy: for all college courses, students’ parents will be receiving mid-term grades…even for students who are already 18 years old.  I’m not sure how that is possible with FERPA regs.  Regardless, my students have indeed found new incentive and motivation to do their work.  Toward the end of the week, there was a flurry of emails with apologies, pleas, and promises to make up late assignments.  It is good, other than an avalanche of work. 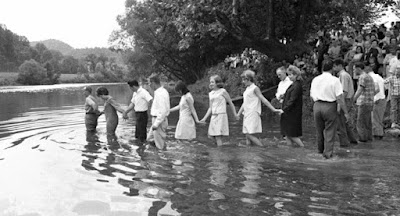 Now that we are officially into fall and the nights are getting cold (though still no frost, fortunately), it’s about time to give up on the garden.  I picked a sack of peppers and stuffed them for our dinner tonight.  I pulled up the last of the radishes.  There are still a few carrots; I’m going to wait until frost is predicted, and then those will be harvested.   Some of the late cabbages have small heads.  I’ll just let those grow for a while and see what happens.  The sun’s angle has changed and neither the garden nor the raised bed get more than a few hours of sun these days.  Tomorrow, I’m picking the rest of the green beans.  Soon it will be time to bring the house plants in from the porch.  I love my plants, but they’re too much for our little kitchen.  I’ll cut back the big ones and trim the vines before bringing them inside.

Someone and I went to visit little Alice today (and of course, Alice’s mother, Katie, as well).  Alice is adorable – smiling now, and rolling over.  Katie loves to dress her up so that she looks extra cute.  Alice doesn’t seem to mind all the extra ruffles and frills.

Last weekend, I got to spend a little time with Erin and Emily.  Next weekend, I’m meeting Sarah in Berea.  She has a very big gig there.  I’m looking forward to visiting Berea again and hearing Sarah.  I hope we can spend a little time together too…if she has time, and if I can make time.
Posted by KYLady at 10:40 PM No comments: