Sometimes I vent about Someone’s inability (or perhaps unwillingness) to help with household chores.  He likes to believe that he does his fair share; in fact, if you asked him, I’m certain he would say “Oh yeah, I easily do 50% of the housework, plus I always cut the grass.”

So lately, I’ve been very busy with classes.  Actually, even too busy to cook lately, which is really not a big deal.  Someone keeps a very different schedule from me.  He usually eats supper after 9 PM and that’s way too late for me.  During the week, Someone typically eats a huge lunch with his coworkers, and then he does things like karate, tennis, or running endless miles on his treadmill that fill his after-work hours. If we eat supper together, it’s on the weekend when I’ve had time to cook, or those rare occasions when we go to a restaurant together.  Almost always, he heats up frozen stuff in the microwave for his supper, or he gets fast food.  He is proficient with a microwave, at least.

Anyway, to keep the story short, it was last Saturday.  I was incredibly busy with classes all day…literally, all day and into the evening. My desk is just off the kitchen, so I know everything that goes on in the kitchen, unfortunately (I’d love to have a door to shut off my space from the rest of the house). Anyway, it was about 4:30 and Someone came into the kitchen and announced that he would make some tuna-fish salad because sandwiches for dinner sounded great.  I said nothing and acted as if I were busy (well, because I was) and observed that he pulled three cans of tuna out of the cabinet, located the pickle relish and mayonnaise in the fridge – slamming around and making all kinds of racket…the whole time talking, talking, TALKING about how tuna salad for dinner was just what he wanted.  I sat there working, and I could tell he was standing in the kitchen waiting for me to offer to take over.

When there was no offer on my part, someone said, “Well, I guess I’ll just boil some eggs first and then I’ll go run while they cool.”  I said nothing.  Someone slammed cabinets a bit longer.  Then, he asked me, “Hey, do we have any pots or pans?” I assured him we’ve had pots and pans for our entire lives together, and told him where to find them.  He said he looked there and we had none.  I suggested he bend his knees and look back a bit into the cabinet (lids in front, pans in back).  Long story short, and after MUCH foul language (mostly while picking egg shells off the boiled eggs) and many excessive bowls and dishes dirtied, he successfully made tuna salad and had his sandwiches.

The thing that irked me more than anything else was his question – Do we have any pots or pans.  If I had a nickel for every time he’s asked me a stupid question like that, I’d be totally rich. Other questions he has asked me over the years include:

I could blame his mother for not teaching him to do common things – she didn’t – but there comes a time when a man has to adult up.  Maybe it’s not that.  Maybe he just doesn’t have that common-sense know-how kind of thinking gene…if it is genetic.  He’s not stupid; he’s a great attorney.  Give him a contract, and he will figure out the nitty gritty details and how to get around them. Give him a hammer and nail, and he will give you a bewildered look – deer in the headlights. 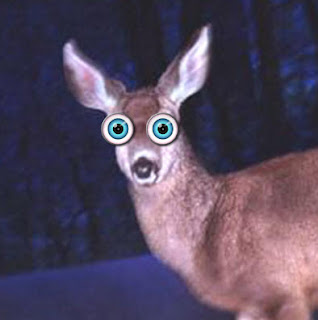 I kind of feel sorry for him sometimes, but surely it is curable…somehow.  Maybe I don't have the patience gene. 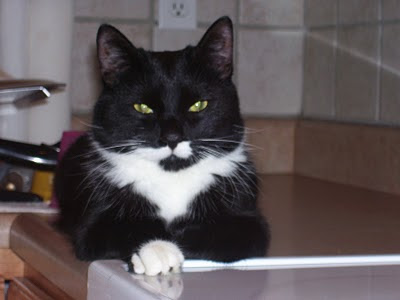 I have been wanting to write SOMETHING.  My poor blog feels forsaken, forgotten, and completely left out of my life. Our spring has been marvelous.  It came early, and now with not much more than a week left of April, I’m wondering where the time went.

Well, I’ve been pre-occupied. University #1: four classes that will be over by May 5th.  Parting is such sweet sorry.  By this time, my students and I are acquainted.  They start sharing more stories with me and I get to know them…and now that it’s all cozy with them, they will be leaving me.  University #2: seven classes distributed among three different sessions (there were nine until a week ago). This requires me to keep a close eye on the calendar just to keep up with who has what due on which dates.  Along with that, I had a giant report to prepare that was due this Friday.  I actually submitted it this morning around 2 AM.  Do or die…and I just about did when my alarm ordered me out of bed this morning.

I have a new adventure – a raised bed – future garden.  Coming soon…perhaps it will be ready to plant in another week or so. Sarah’s manfriend built it for me a week ago. I have been digging out the sod and rocks all week (in all my free time).  Just this evening, it is finally ready for me to put down a barrier of landscape fabric to deter the moles and ground squirrels from eating stuff that I plant. There is netting around the outside to deter deer, and hopefully rabbits, squirrels, and terrapins too.  I’m all giddy just thinking about what is going to grow in my private little U-garden.  Certainly, there will be carrots, radishes, onions, and lettuce. Also, brussels sprouts.  It seems that I am the only person on the planet who likes brussels sprouts.  I grew them once before and nobody would even try them.  That’s fine – more for me.

We still have our bigger garden.  Someone has it almost ready to plant.  I planted cabbage and broccoli in it last weekend. In a few weeks, we will plant peppers, corn, beans, and tomatoes.  It’s fun to grow our own food, but the local Farmer’s Market has reasonable prices and good stuff.  Even with our own garden, we will still patronize our local farmers.  Their corn will be available long before ours.  To be honest, we really didn’t need the raised bed; it’s just something I’ve been wanting to try.

Someone is making plans for the annual beach vacation.  *sigh*  I wish I could be excited about it for him.  My enthusiasm is underwhelming (he told me so).  It’s the same vacation we have taken every year for as long as we’ve been married (I think it’s going to be 24 years this summer).  He took that same vacation for even more years before he met me…but I don’t know how many.  It’s my wifely duty to go though, so I will go and be a good sport. It won’t be all bad.  There are nice golf courses to play, and I like to visit BrookgreenGardens near there.  The last time I visited Brookgreen, I went by myself while Someone slept on the beach.  It was great!  Nobody tried to rush me along.  I just wandered around taking my time, reading the information plaques, and looking at sculptures from all angles when I wanted to.
So, while Someone is planning Myrtle Beach for the two of us (you’d think there would be no need to plan actually…we already know what’s for dinner every night and what we will be doing every day), I am starting to plan a mini-vacation for me and the girls.  I think we are going to Philadelphia for at least two nights so that we can visit the Mutter Museum…something all my girls have been asking to do for many years now. We just have to figure out what else we want to do.  I don’t really care what we do…I just like spending time with my girls. 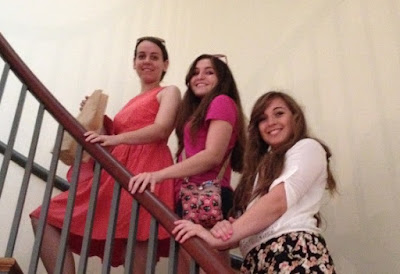