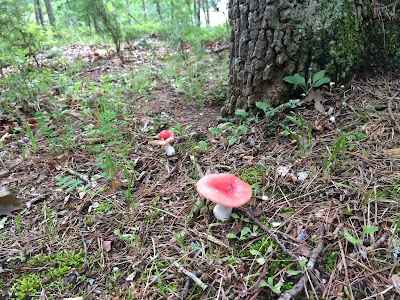 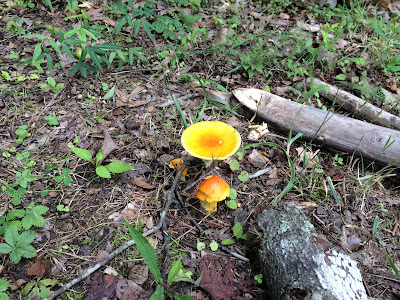 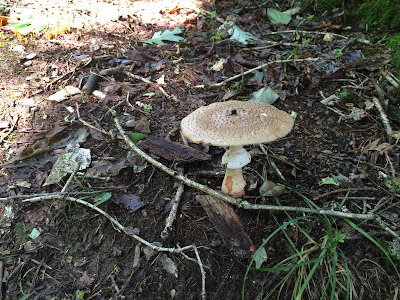 KYLady is grateful for the lousy weather this week.  The 3-day weekend was delightful, though the weather was dreadfully sucky.  Thunderstorms or threat-of-storms all three days kept her off the golf course and out of her beloved kayak.  So now it’s back to “the grind” and GOOD!!  The weather continues to suck which is OK because KYLady will have no free time at all until Thursday evening.  Even then (Thursday evening), she has much catching up.  The KYLady homestead has fallen into a state of complete despair.  As primary house-slave, KYLady has an unimaginable number of tasks waiting to be done.  What she really needs is a wife and handyman.

That statement causes me to wonder, in same-sex marriage with two women, do they share the chores or does one assume the house-slave role (like in typical marriages)?  As my readers may have surmised by all my whining and bitching, Someone does not do housework.  At least, he does no housework without a significant amount of bribery, shaming, and nagging on my part.

Someone will perform a task if I:


Honestly, it’s hardly worth my effort.  It’s as if getting him to perform a task is another task for me.  I have tried to create a scheduled task for him, such as…”Honey, I’d like for you to vacuum the stairs once a week for me.”  It just doesn’t happen without reminders and retraining…and that whole idea that I must always start the task is a showstopper.  Of course, he will say, “I don’t see why this is such a big deal for you.”  Right, so why is it always such a big deal for him? 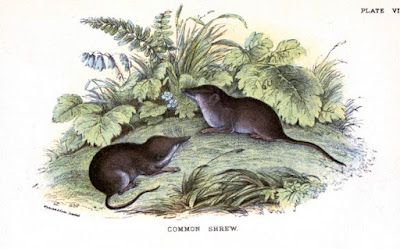 Once when our youngest girls were still toddlers, we went for a weekend trip to a lake where we went swimming and boating.  Long story short, we got home late at night.  We were all tired.  Someone and I had to go to work the next morning.  We got home, I put the little girls to bed, then together Someone and I unloaded everything from the car.  We had a large, clear plastic garbage bag that was full of wet towels, swimsuits, and wet shorts and tee shirts…everything we had used or worn on the boat that day.  I was too tired to start laundry that night, so I set the bag in the laundry room with plans to start the laundry first thing in the morning (before work).  Off to bed, I overslept and did not start the laundry as intended the next morning.

Well, as it were, I got home from work that evening with intentions to begin washing all those wet clothes.  Unbeknownst to me until I got home, Someone had taken the day off work because he was too tired and could take off.  I went to the laundry room to begin my chores and the bag was gone.  I asked Someone if he had done laundry or moved the bag for some reason.  He looked completely bewildered, like…what on this earth was I talking about?  After brief discussion, we concluded that Someone had set the bag out for the garbage men to haul away that morning.  The towels and clothes were forever gone.  Then things got ugly.  Someone had a new shirt and shorts in that bag.  One of the girls had a new swimsuit in that bag.  All our beach towels were in the bag too.

Someone said to me, “I can’t believe WE were so stupid that WE put the dirty laundry in a garbage bag and set it beside the garbage can.”

I said, “It was a clear bag, and the bag was actually setting beside the washing machine, not the trash can.  This wouldn’t have happened if only WE had observed that the CLEAR bag was full of very heavy, colorful cloth items and not normal trash.”

Someone rebutted, “Well, WE should have known better than to put a garbage bag of any kind anywhere near the garbage can on garbage day.”

I let it fly, “Since WE have never offered to take garbage out in over 4 years of marriage, WE didn’t think WE had any awareness of when garbage day was.”

And that was the end of the matter.  I’m pleased to report that Someone is doing better in recent years with setting the garbage cans out for the garbage truck without me prompting him.  It is a task that he now takes initiative for and does…about 10% of the time.
Posted by KYLady at 11:37 PM 3 comments:

If there’s any one thing KYLady is certain of in this universe, it’s that she does not function well without sleep.  She gets forgetful, accident-prone, short-tempered, and dyslexic.  She did not get enough sleep last week.  Returning from vacation to leap back into the arms of her job while keeping up with part-time teaching jobs while trying to catch up some house work while preparing to replace her washer and dryer (which necessitated a flurry of extra cleaning chores where new appliances would be installed) resulted in injury.  It was a badly-pinched thumb (bloody mess), nothing horrible, but the timing was damned unhandy as such things are when one is in a rush.  Not to worry, old KYLady’s thumb will be good as new in a few days (other than a black thumbnail).  Right now it’s incredibly sore so she spends lots of extra time trying not to bump it on anything.  You could say KyLady is not very handy lately. 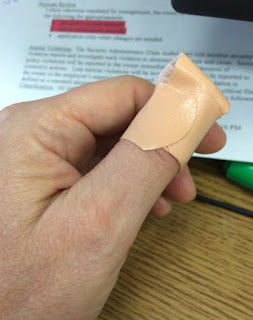 Things are finally back to the normal level of “caught up”, which in reality is the normal level of “completely behind with everything”.  Someone wanted us to go play golf together.  I would have, but my sore thumb is having no part of swinging a golf club.  No golf, so Gracie gets more walks and I'm getting papers graded sooner.  This coming Sunday concludes my professorship for the three      8-week courses I began recently (almost 8 weeks ago).  The university renewed my contract for three more courses; two of them are new to me.  This pleases me immensely.  I do hope I get to really change careers before I die of old age.  Sometimes, it seems completely impossible.
Last Sunday, Someone and I took Miss Gracie for a long hike in the woods.  It was a fabulous day for hiking – clear blue sky and cool air.  It seemed more like late September than almost July.  We walked a trail that runs along cliffs overlooking a wide creek that has cut a deep gorge through Carter County.  Someone likes most of the trail but is paranoid about getting too close to the cliff edges.  He kept scolding Gracie and pulling her back when she wanted to go sniffing that side of the trail.  I offered to handle her but he wanted us to hurry along and get passed that part of the trail that worries him (I like to linger up there where the view is so remarkable).  The trail is not that close to the edge in most areas, but it’s a long way down.  I would not want to take small children hiking there.

The laurel is blooming now and lovely.  Now is the time to get my kayak out on Grayson Lake - the laurel cascades over the cliffs along the lake.  When it’s blooming, it’s magic.  To me, laurel looks like rhododendron, but the blooms are less vibrant.  Perhaps soon my thumb will be well enough that I can load my kayak into the van.  I got an almost-close up view of laurel on our hike.


Thank the good Lord in heaven that this is the eve of a three-day weekend.  Saturday is Independence Day, a paid holiday, so I get Friday off instead.  I think it’s supposed to rain all weekend, but I don’t care.  I’ll get things done around the house and maybe visit Sarah and….sleep in.  It’s one of my favorite of all things to do - go to bed at night and not set an alarm clock.  Of course, Molly usually does not permit me the privilege of sleeping in too long.  She likes to be fed early…like at least by 6 AM.  Damn cat.  She will not take no for an answer when it comes to feeding time.  So when I can no longer ignore her howls and claws, I get up and feed her, then crawl back into bed.
It’s W-O-N-D-E-R-F-U-L !!!