Sarah is getting married in two weeks from today!!  This morning, Emily went to the mall with me and together, we found a dress.  It was wonderful to have somebody come with me to collaborate, judge, zip/unzip, and fetch different sizes.  We both liked the dress I finally selected, although if I could wave a magic wand, my dress would be green or teal.  The blue is springy, at least.  Hopefully, spring will be here to stay in two weeks.  This dress is pictured on a tall, leggy model.  On me, the dress hits me at the upper half of my knee caps.  I have a white shrug to wear with it...and a string of pearls...I’m good to go.  Well, other than shoes.  I have navy blue shoes, but I might go get nude-color, same color as the model, but a different style.  I can’t deal with straps around my ankles.  They look nice, but they bug me way too much.

If Sarah’s daddy were alive, I think he would really like Sarah’s fiancé.  They are alike in many ways (good ways). Her fiancé’s father has also passed away; they have that in common.  What this means for their children is that they will not have grandfathers alive that they can meet.  I suppose it’s not that unusual these days, particularly because people wait longer to start families.  It seems odd to me because I knew my grandparents and great-grandparents pretty well.  (It seems that I am already planning a family for Sarah 😊).

I have plenty to do, but here I sit writing a blog post.  My alarm was set to go off at 8:15 this morning, but Someone got up early to go to his exercise class.  He got ready to go (making lots of noise), and then decided to go back to bed.  He slid back into bed and was quickly sawing the logs, but I was already thoroughly awake by that point.  It’s a great luxury to lay in bed doing nothing at all...molly lay atop of me purring loudly, and Gracie was stretched out beside me on her back, giving me the paw every time I stopped scratching her belly.  That might have been the main reason I didn’t go back to sleep.

Last weekend, Someone had a bad stomach bug.  Not wanting the catch the nastiness, I moved to the spare bedroom where we only have a twin-size bed (the room is very small).  Gracie insisted on sharing the bed with me, which left little room for either one of us.  Needless to say, it’s good to be back into my own bed.  I snapped this photo one morning – Gracie had not moved when I got up – you can see how she takes her half of the bed.  It’s kind of like that every night.  Someone and I start off the night with Gracie curled up tightly on the foot of the bed.  By morning, she has 50% of the bed in the middle and Someone and I have a few inches on each side.  We are all cozy, to say the least.  More times than not, Molly wants to share my part of the bed at some point during the night.  I am an animal magnet.

My seeds arrived and are waiting to be planted...it’s a bit too early, but for a while there, I contemplated putting a few into the ground.  I have two kinds of lettuce, carrots, radishes, and onions for my raised bed.  I will go buy some Brussels sprouts and eggplant plants from the nursery to put in there as well when it opens for the season.  Someone is not a fan, but too bad.  The raised bed is my thing.  We also have the bigger garden where he can plant his beloved corn, beans, and tomatoes, and I plant cabbage and green peppers (and flowers for cutting).  This year, I’m going to try to grow sweet peas again.  They smell wonderful and are pretty...hopefully this year will be successful.

Posted by KYLady at 4:11 PM No comments:

Today is Sarah’s birthday.  It seems like not that long ago that she was born, but time speeds and now she is an adult woman who will be married in another month.  I’m happy for her.  It’s a gigantic step to lock oneself into a huge legal commitment, but she and her fiancé have had plenty of time to think it through and I believe they are ready...only nobody can really be ready, can they?  It’s similar to having kids.  No matter how much you want them and think you can handle them, you really can’t imagine the impact until they’re here and you have to deal with whatever they bring.

I am on break from University #1 this week.  I have grand plans for decluttering the house and cleaning.  Today, I got up and boxed up some stuff to take to the City Mission.  It’s piled in the downstairs foyer...waiting for me to haul it.  From there, I took to the great outdoors (today is sunny and cool), and fertilized the apple and cherry trees in our yard.  It takes 30 fertilizer stakes to feed four trees.  The cherry trees are dying...perhaps we’ll get another year or two out of them.  They are rotting; the soil has too much clay and the drainage is not good enough.  When the cherry trees die, perhaps I’ll plant a pear tree, or another apple.

While outside, I cut some daffodils – just the ones with bent stems.  When the stems get a crimp, the blossoms will just lay on the ground and shrivel.  I leave the ones that are drooping; sometimes they revive and stand up again.  We’ve had unusually warm weather than caused them to bloom, but the last two nights have been below freezing.  Someone gave me a dozen red roses on February 22nd – the anniversary of the day we met in person.  They are losing their pizazz, but they’re still pretty.  He always remembers the date, perhaps so that I don’t forget.

I sat down at my computer just now to work on my CV.  I can’t even bring myself to open the file.  After reading the news, I decided to write in my blog.  I agreed to teach a summer class (all online) for University #1, and I’m on schedule to teach four classes for them in fall.  There was discussion to eliminate the course I teach, but apparently, they are offering it for at least another year.  Still, with two girls starting graduate school this year, KYLady could use a higher paying job.  KYLady is just her own worst enemy sometimes.  Open the damn file, damn it!! 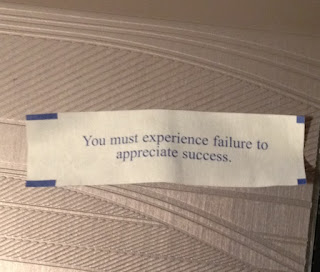 And now look at the time!  Gracie should have her walk on this beautiful sunny afternoon.  Perhaps the CV will happen tonight.

Posted by KYLady at 3:14 PM No comments:

It’s too early for Spring...but it’s here – at least it’s here for now in the Ohio River Valley.  Temperatures have consistently been above 50 degrees (F) for two weeks, so now what?  The daffodils, Dutch iris, and snowdrops are blooming, my lilac bush has leaves, and the maple trees have their little red leaf buds.  Fortunately, my apple and cherry trees aren’t showing signs of life.  I’m A-OK with Spring coming early, but it’s tragic if we get a hard freeze once things bloom out.  Last spring, a late freeze destroyed most of the apple crop.  We had much fewer apples, but the survivors were bigger.  It was definitely not an even trade off.

It’s on my mind to order seeds this weekend.  Having spent all winter drooling over the seed catalogs, I can’t say that I’m any closer to deciding what to order.  I’m half-tempted (perhaps 75% tempted) to plant some flowers in my raised bed this year.  Of course, there will be radishes, carrots, onions, and lettuce...but I think the rest could be pretty flowers...er, well, hopefully pretty.
I had a class this morning, and now the entire afternoon is mine to do whatever.  Retirement is grand, to say the least.  There is plenty (really, PLENTY) to do, but I don’t want to do any of it.  Sometimes I get like that.  Maybe what I really want to do is turn on the TV and fall asleep on the couch.  That’s a tremendous waste of a day and something I rarely indulge in, but it’s tempting.
Yesterday after classes, I stopped at the grocery store on the way home.  I only needed a few items, so it was supposed to be a quick trip – in and out – which it was until time to drive away.  I no more than turned the engine on to flee the parking lot, when a cart rolled up alongside my car (from behind) on the driver side and wedged itself tightly under the side mirror.  What the hell?  I looked in the rear-view mirror to see a woman getting into her big red-neck truck across the aisle – the only vehicle behind me at all.  I wanted to jump out and let her know of my displeasure, but guess what? I was trapped. I couldn’t open my door.  I rolled the window down and was unable to push the cart in any direction.  I could climb out over the console and get out the passenger side, but the passenger seat had groceries and other shit piled up on it (more than I wanted to move out of the way).  Ultimately, I climbed into the back seat and escaped out the passenger side just as the lady was driving off, I didn’t even get her license plate number...unfortunately.  Yes – she gave me a giant scratch on the back fender and the whole length of the back door.  A scratch on the front door resulted when I wrestled the cart loose from under the mirror.  It’s an old car, so it’s not the new damage that upsets me.  It’s the fact that she saw that it happened, she was fully aware it was her fault, and she just drove off without giving a shit.  I walked the cart over to the corral and secured it there for her...F’ing lazy-ass ho-bag.  She was at least 20 years younger than me, and closer to the corral too.
Next week is spring break for University #1.  I am grateful.  Enrollment is way down at University #2, so I don’t have much going on there right now – just three small classes.  Now is the time for me to update my CV and apply for more work.  Now is the time for me to get a jump start on some serious Spring cleaning.  Now is the time for me to shop for a dress to wear to Sarah's wedding.  But first....I’m going to go see what’s on TV and take a nap.

Posted by KYLady at 1:07 PM No comments: