Sometimes I am really lucky.  There was a time in my younger days when my mindset was that I could never even win a coin toss, but in more recent years, I know that I get lucky.  University #2 contacted me and now I’m on schedule to teach classes all through 2017.  I’m delighted – totally.  And guess what else?  They’ve invited me along with some of the other adjuncts to complete a questionnaire to assess our interest in teaching in the doctorate program and to serve as dissertation chairs/committee.  I’ve been researching their PhD programs and intend to throw my name into the hat…maybe I can get lucky again.

Last weekend was great fun.  Sarah had a gig in Shelbyville, so I drove to Flemingsburg and picked her up.  Together, we drove to Shelbyville and went to her show.  I was like her roadie…which is really fun for me.  My favorite thing about going to her shows (besides seeing my daughter on a stage performing) is to be in the audience and hear what people say about her.  Perhaps I wouldn’t enjoy that so much if the comments were unfavorable.

After her show, we spent the night in a cheap motel.  My budget is thin these days…not that it has to be, but more that I think it should be.  Now that my income is like 20% of what it used to be, I try not to spend any more money than necessary.  It’s especially important to be strict until I reach the magic age of 59.5 – at that milestone I can withdraw money from my retirement savings without tax penalties.  With any luck, I will not be drawing on my retirement money until I’m 65 or so.  Our cheap motel room was OK, but it smelled like cigarette smoke, the lighting was poor, and there were some stink bugs crawling around on the ceiling and walls.

Anyway, the next morning, we drove into Louisville and picked Erin up for breakfast.  It’s wonderful to spend time with my girls – that’s another way that I’m lucky – I have three daughters.  I could just brag on them for my entire blog, but I won’t because everyone who knows them knows how wonderful they are.

Thanksgiving is next week and I’ve only had fleeting thoughts of cleaning the house and preparing a grocery list.  We always go to Someone’s parents’ house for Thanksgiving dinner, but I always cook a big dinner later over the weekend.  Someone likes to have turkey sandwiches and my girls like to have food over the holiday weekend.  This year, I invited my little brother to come for dinner.  He might come…sometimes he gets too busy with things and doesn’t make time.  It’s OK, I’d probably be the same if I didn’t live with Someone who reminds me that he wants me to cook.

Now that the girls have moved out for college, they are usually disappointed when they come home and look in the kitchen cabinets and refrigerator.  They claim we have no food in the house.  Of course we have food, but there’s usually nothing they want to eat.  Erin once asked if we eat anything besides mustard, mayonnaise, and carrots since she moved out.  Silly girl.  What she should have asked was if I could go buy her some pepperoni Bagel Bites or some potato chips. But she need not ask…I read her mind.
Posted by KYLady at 9:19 PM No comments:

I hate politics and government.  Really!  But this time, with this election, I got caught up in all the drama which is completely out of character for me.  It’s not that I’m a Trump fan, but that I could not make myself vote for Clinton.  No doubt she is a capable woman, but when she played the dumb blonde card about wiping her email server (“…like with a cloth or something? I don’t have any idea at all…”) – grrrrrr – that was unforgivable in my book.  She should have just manned up and admitted she deleted anything that she thought might be incriminating – I’d at least have had some shred of respect left for her (well, maybe, but in light of other unethical acts she and the Clinton Foundation committed, probably not).

As for Trump, people make mountains out of anthills.  In my book, he’s a typical man.  I have brothers and I’ve worked with men all my life.  They’re all a bunch of gorillas - they trash talk – it’s what they do.  Their maturity ends at around age 14, at least for the majority of them.  It seems that Trump did some growing up in the last weeks of the race.  It’s good, he needed to.  Change is good.  Our country – our government – needs change and a reset of ethics.  If Clinton had won, we would have the same (or worse) as four more years of Obama.  I voted for change.

The temperature is dropping this week.  We have not had a frost yet, but it’s coming soon.  I bought a baker’s rack to set plants on in our kitchen.  It’s not nearly big enough - rack and kitchen.  I like my rack though, but by the time I get all the plants in from the porch, we will need a machete to walk through the kitchen.  Tomorrow afternoon, I’ll be wrestling the big plants in.  How in the world will I get that monstera through the door?   It’s got to be five feet in diameter at least…but I love it.


People are decorating for Christmas.  I just threw out the Halloween pumpkins last weekend and set out some Thanksgiving decorations.  Honestly though, I’ve already started some Christmas shopping…taking advantage of some early sales.  Money is not as plentiful as it used to be now that I’m retired.  I have to stretch it more and pay attention to value rather than convenience.

I got a teaching excellence award from University #2 thanks to a wonderful review written by one of my students on an end-of-course survey.  One of the things I love about teaching is that I get to interact with students, and I never know (well, unless they tell me…sometimes they do) that I have somehow inspired them or influenced them in some way.  Sometimes the least little comment, something said without much thought or intention, makes a huge difference to that person.  It’s amazing when that happens.

Anyway, the dean emailed the certificate to me with congratulations, and said he hoped I would continue to have success at University #2.  I replied to his email, thanked him, and told him I hoped that University #2 would someday soon give me opportunity to teach again.  He replied back today.  Apparently, my name had been unintentionally dropped during the reorganization last summer, and that’s why I’ve not been given any classes for the past three sessions.  I am now on schedule for classes starting December, with a promise of steady employment through the end of 2017, and extra classes if I want them to make up for missed sessions.  It’s very good!! 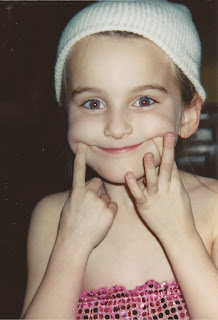 Posted by KYLady at 9:42 PM No comments: